The current issue of Gentry magazine has a two-page ad with the headline “Big Brother or Real Estate Brokerage?” The copy reads: “Some brokerages use your information to make money on more than just real estate and mortgage transactions. We don’t. Your data is yours. Our job is to safeguard it. Period.”

The ad is for Alain Pinel Realtors. The unidentified “Big Brother” is Compass, the venture-funded New York firm that’s been gobbling up Bay Area brokerages including — as of last Monday — Alain Pinel.

Compass bills itself as a technology firm, but it’s never been very clear, at least to outsiders, what its technology does.

“One of our big questions” about Compass was what it does with data it gets about buyers and sellers from agents, said Alain Pinel President Mike Hulme. Some agents from Alain Pinel and other firms were using that question “as a talking point” with potential clients. “This was a way for brokers like ourselves to spin it and make it a scary situation,” he said.

Hulme said he had to be convinced that Compass would not misuse data about buyers and sellers gleaned from agents before agreeing to the buyout. When he was shown the “market plan” Compass shows investors, “we couldn’t find anything, truly, that was concerning in regards to data.” Hulme said he’d retract the Big Brother ad, which has run in various publications since last fall, if he could.

Compass has assured its agents their data is theirs alone. “We will never contact your clients without your permission,” it said in a data pledge. “The data is not where the money is, the money is creating a technology platform that makes agents better at their job,” said Kevin Knight, Compass’ general manager for Northern California.

Hulme’s father, Paul Hulme, founded Alain Pinel 30 years ago and built it into a powerhouse in Silicon Valley and the Peninsula. In the Bay Area, it ranked second to Coldwell Banker and its sister brands in sales volume in 2017, according to Real Trends, a research and consulting firm.

The Hulmes rebuffed Compass in August, and bulked up by buying Hill & Co., a smaller San Francisco firm that also catered to the high-end market.

Alain Pinel, with almost 1,300 agents, was the nation’s seventh-largest residential real estate brokerage in terms of sales volume in 2017, though only 73rd in the number of transactions, according to Real Trends. Its average sales price was $1.6 million, the nation’s highest.

Compass responded by poaching some of Alain Pinel’s top agents, including Judy Citron, who was the nation’s 20th largest individual agent by sales volume last year; and Mary and Brent Gullixon, who ranked as the nation’s 18th highest-volume team, according to Real Trends.

It’s important to remember that the customers of brokerage firms are agents, not buyers and sellers of homes, who are the agents’ clients. Most agents are independent contractors who share a portion of their commissions with their affiliated brokerage, usually in exchange for office space, marketing and other services.

Compass has been luring top agents with some combination of cash, stock, marketing money and more favorable commission splits, according to firms that have lost agents to Compass.

Citron said she joined Compass in early November, not for the money, but because “I wanted to align myself with a forward-thinking company.” Compass has “an amazing platform” that lets her see, all in one place, where all of the web traffic to her listings is coming from, so she can target her marketing better.

After losing some of its top producers to Compass, “we thought joining them versus fighting them was in our best interests,” said Hulme. He wouldn’t disclose the purchase price, but said it was “significantly less” than it would have been before his company lost agents to Compass.

D.J. Grubb, president of Grubb Co. Realtors in the East Bay, called the deal “a hostile takeover. They (Compass) go in and poach … the upper performers, create insecurity and then buy at a wholesale price.”

Compass was co-founded by Ori Allon, who has a Ph.D. in computer science and previously worked for Twitter and Google, and Robert Reffkin, who hails from Goldman Sachs and McKinsey.

The Vision Fund is part of Japanese conglomerate SoftBank, but its biggest investor is the Saudi Arabian government’s public investment fund, controlled by Crown Prince Mohammad bin Salman. He and the Vision Fund have been under fire since Washington Post contributor Jamal Khashoggi was brutally murdered at the Saudi Arabian consulate in Istanbul in October.

Many Bay Area companies have taken money from the Vision fund or from Saudi Arabia directly, including Uber, Lyft, Tesla and Slack.

In a statement, Compass CEO Reffkin said, “The death of Jamal Khashoggi is beyond disturbing because the freedom and safety of the press is something that is incredibly important to me.”

With its three acquisitions, along with agents it picked off from other firms, Compass could surpass Coldwell Banker and its sister firms as the Bay Area’s largest real estate broker. Coldwell Banker itself grew by acquiring a string of local companies, including Cornish and Carey, Fox & Carskadon, Cashin Co. and Contempo Realty.

Steve Murray, president of Real Trends, said Compass probably entered the Bay Area because of its high home prices and the fact that it was one of the only big markets that still had large independent brokerage firms to acquire.

“I’ve seen their technology and it’s good but it’s not strikingly better” than what’s out there, Murray added. “The main thing is they are integrating a transactions system, customer relationship management system, their app, website, sales data, and online marketing tools.”

Hulme said Compass is “trying to improve the agent experience” and also “getting out in front of consumers. They want to get the majority of listings” so when you type a home address into Google, the first thing that comes up is not Zillow or Redfin but Compass.

Knight said its focus on consumers is secondary to its focus on agents. To that end, Compass recently acquired Contactually, which makes a customer management system used by agents at many firms.

Some firms that compete with Compass say they are severing ties with Contactually. “We had about 40 agents using Contactually. We do have some that are proactively removing their data from the platform,” said Tim Proschold, a vice president with the Sereno Group.

Nate Gustavson is a Senior Vice President specializing in multifamily property sales out of Compass Commercial’s San Francisco office. For the past eleven years, Nate has been exclusively representing buyers and sellers in the acquisition, disposition, and 1031 exchange of multi-family investment properties in both San Mateo and Santa Clara Counties. 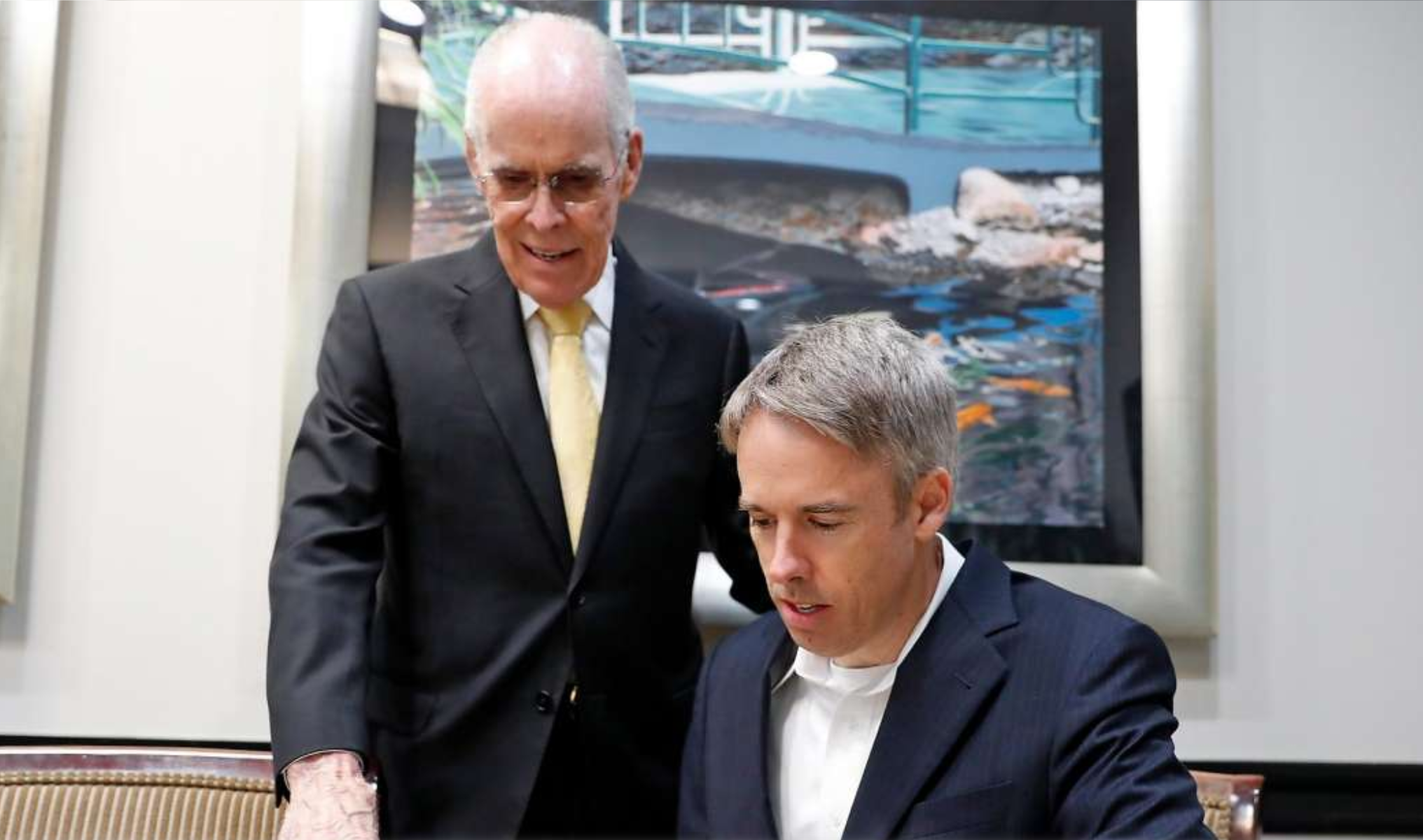 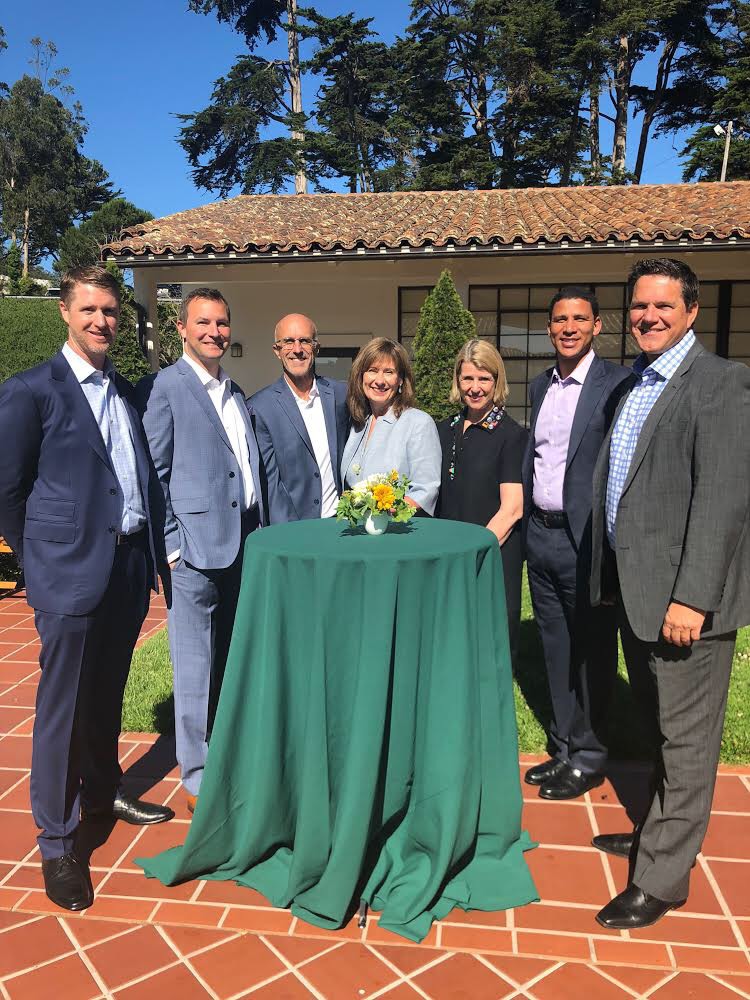